The purpose of the research project

An attempt to answer the question whether introducing mandatory mediation in economic affairs into the Polish legal order would have the expected effect of increasing in the number of cases ending with settlements, and whether introducing mandatory mediation would violate the right to a court, which is guaranteed in the Constitution of the Republic of Poland and in the European Convention on Human Rights.

For many years, scientific and legal communities have been divided on the issue of opinions on the possibility of introducing mandatory mediation into the Polish legal order.

It should be emphasized that the issue of admissibility of compulsory mediation as not violating access to justice, i.e. the right to a court, was also the subject of a statement by the Court of Justice of the European Union, among others in the Alassini case (2010).

The Court ruled that the principles of equivalence and effectiveness, as well as the principle of effective judicial protection, do not preclude national provisions imposing prior compulsory conciliation, if that procedure does not lead to a binding decision for the parties, does not significantly delay the bringing of an action, suspends the limitation period for claimed rights and does not involve costs incurred by the parties, unless these costs are insignificant. These requirements should be respected when any mandatory mediation is introduced.

The abovementioned guidelines of the Court of Justice are just the basis for starting research in determining which legal tools introduced into the Polish legal system will improve the judicial process in Poland in a way that does not violate the right to a court guaranteed in the Constitution of the Republic of Poland and the European Convention on Human Rights.

The main goal of the research:

The aim of the research project is to make de lege ferenda postulates, and the measurable result of the scientific project will be to propose legislative changes in the scope of introducing changes to the Polish legal order.

The research project, in addition to the objectives indicated above, brings a new view on the mandatory mediation through in-depth legal analysis not only in relation to national but also international jurisdiction with particular emphasis on countries where obligatory mediation is introduced into the legal order, e.g. Italy, Ireland, and Asia countries - Taiwan, India, Singapore.

The project will be implemented in several stages and will include several research tools, including: 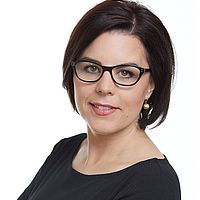