Identification and analysis of the so-called liabilities of the bankruptcy estate as one of the key factors influencing the level of creditor satisfaction in insolvency proceedings conducted against the trader under the provisions of the Law of 28 February 2003. Bankruptcy ("P.U.").

Justification for the study:

The outlined problem of research is essential for both law and the science of practice.

The issue in respect of the liabilities of the bankruptcy estate, although already present under the decree of the President of the Republic of Poland of 24 October 1934 - Bankruptcy law (not yet in the form of a legal definition, but as a concept of legal language), has not received thorough analysis in the field of legal science.

Empirical studies (the filing method) will allow determining which categories of liabilities create the highest expenditure on the bankrupt estate and consequently affect the level of satisfaction of creditors. The research will also allow insolvency practitioners to determine what kind of liabilities are the main reason for the discontinuation of insolvency proceedings. This in turn will allow for the formulation of possible postulates de lege ferenda (perhaps, the outcome of the studies would lead to a test of the legitimacy of the "transfer" of certain liabilities to one of the categories indicated in article 342 of the Bankruptcy Law).

The main scientific objective of the project is to determine the meaning of Liabilities of the bankruptcy estate. One of the most interesting issues related to the subject of this research is the question of the time when the obligation arose (before or after the bankruptcy) as a determinant of the classification of the obligation in the category of "mass claims" or "bankruptcy claims", respectively in either art. 343 P.U. or 342 P.U. It seems that the duration of the commitment should not be of exclusive relevance to the legal qualification of the undertaking concerned; however, this hypothesis requires verification in the course of the research.

Through the use of the empirical method, scientific research will help to determine the extent to which the concept of bankruptcy  obligations is affected by the impact on the level of creditor satisfaction in insolvency proceedings. The results of the filing test will have to:

The dogmatic method will serve to read the normative scope of art. 230 P.U. The research will follow the commonly used directives for the interpretation of the legal text, taking into account the current acquis in judicial case-law and the literature on the subject. Dogmatic analysis will also be carried out in terms of legal-historical aspects.

under the direction PhD Anna Hrycaj, Prof. of the Łazarski University

Results of the research tasks carried out: 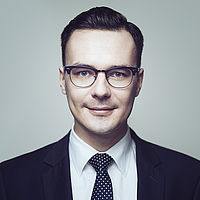