The conference organisers, that is:

cordially invite anyone who may be interested to participate in the:

1st Conference of Doctoral Students of social sciences in the field of bankruptcy, restructuring law and insolvency research

"Bankruptcy and restructuring proceedings from the legal and economic perspective"

The conference is the first, interacademic event organised entirely by doctoral students and dedicated to them.

We invite doctoral students who conduct their research in the field of social and economic sciences concerning issues of bankruptcy, insolvency and restructuring of entities and natural persons who do not conduct economic activity, to participate in the conference. The conference is to enable young scholars to present the results of their research and exchange ideas pertaining to restructuring proceedings, insolvency and bankruptcy, not only from the point of view of law but also with aspects of economic analysis of legal processes, sociology and the axiology of law. Insolvency, which very often entails poverty, constitutes an important social phenomenon and, as such, is crucial in terms of social and economic development processes in a society. We do hope that the conference will motivate doctoral students to instigate and continue multifaceted research of that phenomenon.

Opening of the Conference

PANEL I: Axiological justification of the debt relief and recovery functions of bankruptcy law

PANEL II: Protection of creditors' legitimate rights and the phenomenon of unequal treatment of creditors in restructuring and bankruptcy proceedings

PANEL III: International Panel (papers in Panel III will be presented in English)

President of the Organising Committee:


Members of the Organising Committee:

Conference Regulations, including the rules for submitting papers - click HERE 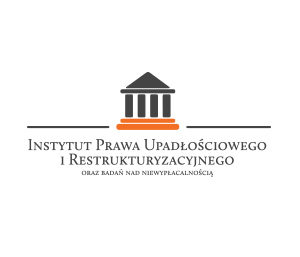 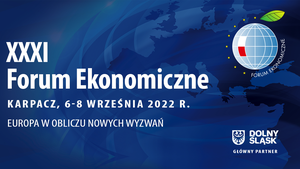 The first part of the Conference dedicated to the axiology of debt relief and debt collection functions of bankruptcy law was opened with the paper of mgr Bartosz Skorupa of University of Opole on the analysis of discrepancies between the aims of bankruptcy proceedings against entrepreneurs and non-entrepreneurs. Next, mgr Jakub Rak of Lazarski University contemplated – based on statistical data – the axiological grounds of debt collection and debt relief functions of bankruptcy law in light of Poles’ financial morality and social and economic conditions. The paper on the axiological and social paradigm of consumer bankruptcy in civil procedure was presented by mgr Edward Grzegorczyk of Lazarski University. The panel was concluded with the presentation of mgr Mateusz Wardyn of Lazarski University on the impact of serving a sentence of imprisonment on determining a repayment plan and remission of liabilities in consumer bankruptcy. The first panel was moderated by mgr Bartosz Sierakowski (a doctoral student of the Institute for Bankruptcy, Restructuring Law and Insolvency Research of Lazarski University in Warsaw).

In the second part, dedicated to the issues of protection of legitimate rights of creditors and unequal treatment of creditors in restructuring and bankruptcy proceedings, the problem of eligibility of conducting mediation in bankruptcy and restructuring proceedings as means aimed at satisfying creditors’ rights, on the example of selected countries, was the first one analysed. A paper on this issue was presented by mgr Marta Krzyśków-Szymkowicz of Lazarski University. Afterwards, mgr Hubert Zieliński (Adam Mickiewicz University in Poznań) discussed the axiological limitations of differentiating legal positions of creditors within arrangement proposals in restructuring proceedings. Next, mgr Grzegorz Kawalec of University of Opole focussed on procedural aspects of restructuring groups of companies. The last two papers pertained to the status of creditors with securities established over properties in bankruptcy proceedings – mgr Olaf Hamberger (University of Wrocław) contemplated the issue of a creditor’s status in case of sale of enterprise by a receiver when a security over this enterprise is established for the benefit of such creditor, while mgr Bartosz Sierakowski (Lazarski University) analysed the legal and material status of real estate acquired based on agreement on transfer of title for security in case of bankruptcy of the transferor. The second panel was moderated by mgr Sławomir Bielski (University of Silesia) and mgr Jakub Rak (Lazarski University).

Lastly, the international panel took place. During this panel, papers were presented by two representatives of Polish universities – mgr Monika Maśnicka (University of Gdańsk) and mgr Rafał Pstrucha (HUMANITAS University in Sosnowiec) and two doctoral students from foreign universities – Larisa Mastilović (Saint-Peterburg State University) and Urvashi Shahi (Jindal Global Law School, India). First, Mr. Pstrucha presented the issue of insolvency in the context of the COVID-19 pandemic and afterwards, Ms. Larisa Mastilović focussed on economic aspects of implementation of the EU directive on preventive restructuring. Subsequently, Ms. Urvashi Shahi presented the legal aspects on restructuring of financial institutions in India. The panel concluded with the presentation of mgr Monika Maśnicka on the institution of pre-packaged liquidation (so-called pre-pack) in light of British and Dutch law. The third panel was moderated by mgr Marta Krzyśków-Szymkowicz and mgr Rafał Pstrucha.

Each of the three panels was followed by a heated discussion with the participation of leading representatives of bankruptcy and restructuring law in Poland, including prof. Anna Hrycaj, prof. Joanna Kruczalak-Jankowska and dr Patryk Filipiak. For both the speakers and other researchers participating in the discussion, the most contentious issue was the one of debt relief function of bankruptcy law in relation to natural persons, including the system of values which the lawmakers should have regard to when construing provisions on the so-called consumer insolvency. It was left unresolved how much emphasis should bankruptcy law put on the debt relief function and to what extent it should perform its debt collection role.